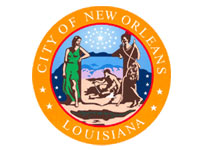 Schedule a New Orleans donation pick up. Donate clothes and other household items in New Orleans, Louisiana. Charities like Vietnam Veterans of America donation pick up service will pick up your donations for free and leave you a tax deduction receipt.

Donationtown.org allows you to schedule online appointments for a New Orleans donation pick up. It has never been so convenient to make charitable donations in New Orleans, LA until now.

Donating in New Orleans is Free and Easy

Named after the Regent of France, Philippe d’Orleans, New Orleans was founded by the French Mississippi Company in 1718. New Orleans ceded to Spanish control in 1763, reverted back to France in 1801, and then in 1803 was purchased by the US from Napoleon in the Louisiana Purchase. After that point, the city began to grow exponentially into what was for a long time the richest city in the US, with a large multicultural population and an economy driven by sugar, cotton tobacco and slavery. By 1840, it was home to the largest population of slaves in the Nation. During the Civil War, New Orleans was the largest city in the South, and the Union Army targeted and occupied it for a significant period of time during the war, which allowed them to cut off the port, and subsequently the income and supplies that the Confederate Army relied on. As fate or choice would have, the Union Army made sure that the city and its structures remained intact, and New Orleans has managed to maintain much of its colonial archicture and heritage ever since.

New Orleans is world famous for its cuisine, Spanish and French Colonial architecture, Mardi Gras, and the French Quarter with its charm, nightlife, and music, specifically jazz, cajun, Delta Blues, and Zydeco. Since August of 2005, it has been famous for the devastation caused by Hurricaine Katrina, the flooding of 80% of the city due to the breakeage of the levees, and the mass exodus of the population. Over 800,000 people were displaced and more than 204,000 homes were damaged or destroyed. Even now, many peoples’ homes and lives are still devasted.

With all of the people who need help in New Orleans, there are also some wonderful charities that are eagerly awaiting your donations. In particular, are Vietnam Veterans of America, the Salvation Army, and Habitat for Humanity, all of which are accepting donations every day. Schedule your online New Orleans, LA donation pickup today, and you will be sure that your assitance will truly go to those who need it.

Most of the charities in the LA Donation Town directory will come and pick up the following donations:

Where Can I Donate Clothes, Furniture, Books and Other Household Goods in New Orleans, Louisiana?