Find a Jacksonville, Florida Charity That Will Pick Up Your Clothing Donations & Other Household Items Donations 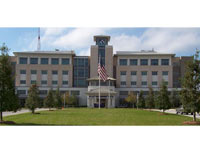 Donate clothes and other household items in Jacksonville, Florida. Charities like the Vietnam Veterans of America donation pickup service will pick up your donations for free and leave you a tax deduction receipt.

Donationtown.org allows you to schedule online appointments for a Jacksonville donation pick up. It has never been so convenient to make charitable donations in Jacksonville, Florida.

Donating in Jacksonville, Florida is Free and Easy

Between 12,000 and 16,000 years ago, the first human inhabitants roamed and lived in the area that is now Jacksonville, Florida. Some of the oldest pottery shards found in the United States have been been found there, dating back to 2500 BC. The first documented tribe of Native Americans living in the area, however, were a subgroup of the Timucua called the Mocama. Right at the location of where downtown Jacksonville now exists, the Mocama built the village of Ossachite. The first Europeans to arrive in Ossachite were the French, led by Jean Ribault in 1562, who promptly erected a stone monument to claim the land as the property of France. About 3 years later, the Spanish killed most of the French soldiers defending the French built Fort Caroline, and subsequently took control of the area. After the Spanish conquest of the French, the British conquered the Spanish, then then Spanish conquered the British, and then finally, in 1821, it became US territory, and then was officially designated Jacksonville, after Andrew Jackson, by the first US settlers in 1822.

Jacksonville is now a bustling city of 850,000 people. It is a popular place for corporate expansions and relocations, and it is integral to the national and international marketplace. With its humid subtropical climate, and its location on the banks of the St. Johns River and on the Atlantic Ocean, Jacksonville is a hot spot for a myriad of outdoor activities, such as boating, water skiing, fishing, swimming and surfing. Jacksonville is also able to boast of the largest park system within a US city, which covers more than 80,000 acres in 337 locations. The Tree Hill Nature Center is a particularly special place, with a nature preserve that covers 50 acres of nature trails and a Butterfly Festival every April.

From Arlington to the Westside, and downtown to Mandarin, Jacksonville is home to some really great charities, including Vietnam Veterans of America and the Salvation Army. Spend a few minutes and schedule your online Jacksonville, Florida donation. You can be sure that your generous donations will be valued by those who need them.

Most of the charities in the FL Donation Town directory will come and pick up the following donations:

Where can I Donate Clothes, Furniture, Books and Other Household Goods in Jacksonville, Florida?